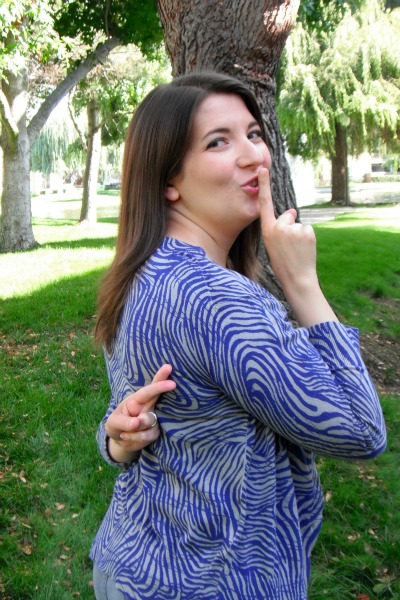 Here’s the truth: in about 99% of life’s situations, honesty is the best policy. But the rest of the time, lying can actually be beneficial and give you a better, happier outcome than telling the truth.

Don’t believe me? Come on, would I lie to you?

Here are 3 situations when lying is OK.

To Encourage a Child’s Fantasy

I was raised in an atheist family, and many people in the atheist community believe it’s wrong to lie to children about fantasy figures such as Santa Claus, the Tooth Fairy, and well…God. The idea is that if you lie to children about those things, then they won’t trust you or come to you with their problems in the future. You can make up your own mind about the existence of God (to me, “God” is feeling of love inside you and not a man sitting on a cloud judging us), but Santa Claus and the Tooth Fairy really do not exist.

I don’t think I was harmed by not believing in Santa Claus as a child, but I don’t think my friends were harmed by believing in him either. And while many of us have reasons to be mad at our parents, I’ve never seen someone on the news saying, “My life was ruined when my parents told me there was no Santa! Their lies destroyed me!”

So go ahead and “lie” to children about jolly old elves and fairies who give them treats for their baby teeth. Let them believe that the guy in the costume really is Mickey Mouse. Encouraging a child’s fantasy makes the world seem a bit more magical.

However, some parents may take this idea too far and lie to children about other things. I do not agree with lying to your children about what really happened to their dog or lying that mommy and daddy might get back together. Fantasy is one thing, but children deserve the truth when it comes to important aspects of their lives.

We’ve all done this before. If a friend asks you, “Does this make me look fat?” you’re not going to say, “Totally! Look at that muffin top!” You know that your friend already knows the truth, but she’s looking for comfort and reassurance, not brutal honestly.

If your friend asks you if she looks fat, ask her a few questions such as, “Why are you asking?” “Is there something going on?” “Do you want to talk about how you’re feeling?” She may be asking because someone insulted her, or she gained weight, or she’s looking for support. After you get some answers, suggest a way you can support her like going to the gym together or making a deal to pack healthy lunches for the week.

You could also make it clear that she’s not fat but her outfit isn’t making her look her best. Say something like, “That cut isn’t very flattering. I think you look beautiful in A-line skirts. Let’s find you something nicer.”

To Fake It ‘Til You Make It

Sometimes lying to yourself is the only way to break out of a rut and reach your goals. I once had a terrible job where my managers and coworkers constantly berated me and told me that my work was crap. It was a struggle to go into the office every day and be pleasant when I really wanted to tell them all to fuck off.

I could either sulk about my awful job or do something about it. Since I wasn’t in a position financially to quit my job, I decided to lie to myself and pretend that this horrible job was actually the best job in the world.

Every day I put on a cute outfit, did my hair and makeup, and tried to look my best. I smiled at everyone in the office. I dove into my work as if it were super exciting. I was doing the ol’ “fake it ‘til you make it” trick by pretending I had the fabulous job I wanted. I still sent my resume out to other positions, but I focused most of my energy on believing that I was already happy where I was.

Eventually, it got easier to go to the office, and the work bullies backed off. Then in one week, I was given an important client account to manage that my coworkers had been fighting for, I was offered another job in a different department, and I was offered a position at my dream company with a big raise. Everything fell into place after weeks of “lying” to myself.

Of course, I took the dream job at the other company and was very happy there for many years. But none of this would have happened unless I lied to myself and changed my attitude.

When have you lied to someone or yourself?

In the comments below, tell me a time when you used lying to your advantage.