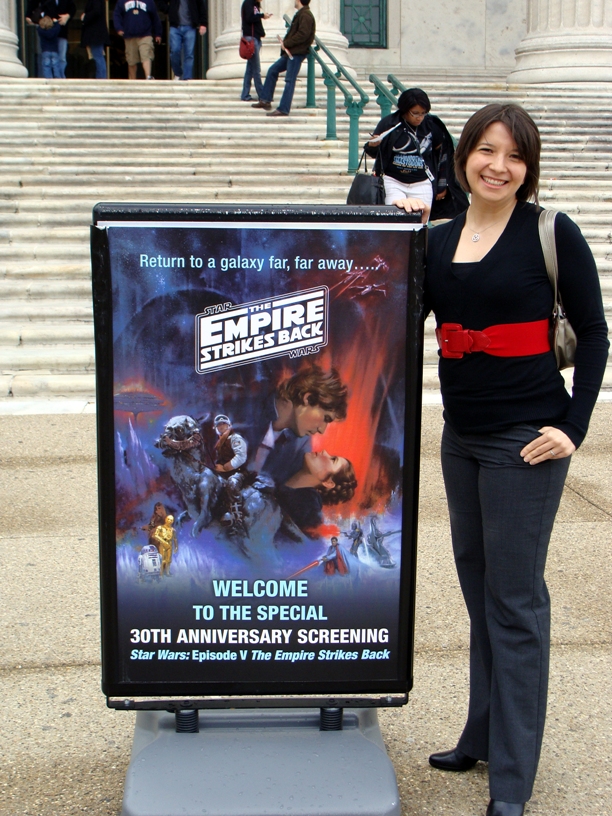 So, I turned on the TV the other day, and they were showing my favorite Star Wars movie, The Empire Strikes Back.

Anyhoo, it was at the part where our hero, Jedi-in-training Luke Skywalker, is learning about controlling the Force from his master, Yoda.

Luke’s spaceship has sunken into the swamps of Dagobah, and Yoda asks Luke to use the power of the Force to get it out of the muck. Luke says, “I’ll give it a try,” and then Yoda says his most-quoted line:

But my favorite Yoda-ism is later after Luke is unable to raise his ship. Yoda sighs, and then concentrates all his mental power on lifting the submerged X-wing and placing it safely on the shore. It’s really an amazing feat.

Luke stumbles over to his master and says incredulously, “I don’t—I don’t believe it!”

“That is why you fail,” says Yoda.

Luke’s young and inexperienced, and he truly believes that he is incapable of moving the ship. Because he doesn’t believe in himself, he sets himself up for failure.

Think about how many times in your life you have doubted yourself.

You might think you’ll never get that promotion, never lose weight, never travel the world. Or maybe you think you’re a loser, or you deserve it when your husband hits you, or you aren’t cut out to be a mother.

I cannot stress this enough—your thoughts are immensely powerful, and you become what you think.

Starting right now, I want you to shift your thinking to a more positive frame of mind. Tell yourself that you’re great at something, even if it’s not entirely true.

It’s OK to “fake it ‘til you make it” for a while. Eventually, positive thinking will become second nature, and you won’t have to try so hard.

Really, life is too short for you to spend it doubting yourself. Imagine the amazing things you could do if you attract all the positivity in the universe to you. And speaking of amazing, click here to download a FREE copy of my ebook.

In the comments below, tell me something positive about yourself.

Seriously, do it. Don’t make me get all Yoda on your ass.

How has the law of attraction worked for you?

Posted in Self Help and tagged do it better, ego, happiness, law of attraction, movies, truth
← Why You Should Never, Ever Rely on WillpowerSummer Bucket List →