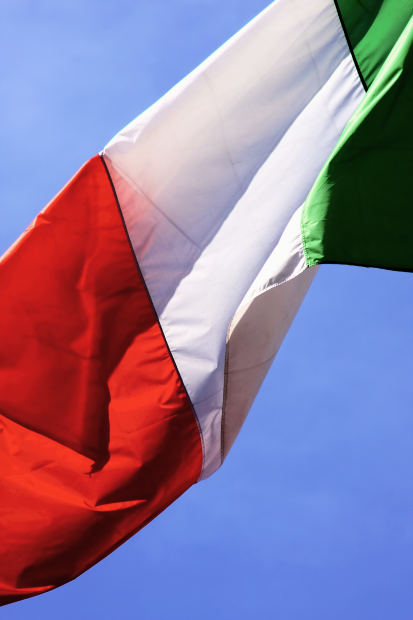 Sometimes I forget that the world doesn’t revolve around me.

On Sunday, Chris and I were leaving our apartment to go out for lunch when we noticed police officers blocking off a lot of local streets with metal barriers. The sidewalks were crowded with people carrying folding chairs and coolers. What was going on?

Slowly, it dawned on us that there must be a Columbus Day parade. We live in the North Beach neighborhood of San Francisco, which is known as the city’s “Little Italy.” So there’s a large Italian American population in the area.

We figured the parade would be over before we got back. About 2 and a half hours later we returned, or at least tried to get back to our street. The traffic was at a complete standstill. After inching up the street for an hour (and traveling no more than 2 blocks), we decided to cut our losses and hang out in the suburbs for the rest of the day.

Were we bummed? Uh, yeah. I wanted to work on my blog and Chris had been looking forward to relaxing on the couch watching football. It was no fun to be unable to get home because of a parade we didn’t even know about.

True, if we had watched the local news we might have been tipped off about the parade and could have avoided leaving the apartment. (I don’t watch the news, but that’s a whole other blog post.)

I was taught in school that Christopher Columbus was not the so-called hero who “discovered” America. How could someone who slaughtered thousands of natives and claimed the land for himself be worthy of a parade or national holiday?

But there are many people who DO appreciate Columbus, especially Americans with Italian roots. It’s funny because technically I’m of Italian heritage (Sicilian) because my extended family came to America from Italy more than 100 years ago. But I wouldn’t consider myself Italian. When I vacation in Italy in the future (someday!), I can guarantee that none of the locals will think I’m Italian; I’ll just be “that American tourist.”

This situation reminds me that I sometimes need to be more mindful of other cultures. I may not celebrate Columbus Day, but other people do. I work with several Jewish authors, and I have to check the calendar to make sure I’m not sending them work on a Jewish holiday. It’s happened before, and I couldn’t understand why none of them were returning my e-mails.

How do you stay mindful of other cultures? What should outsiders know about your culture, religion, lifestyle, etc.?

Posted in Relationships, Self Help and tagged holidays, kindness, neighborhood, respect, truth
← Imma Let You FinishYou’re Not Fooling Anyone →