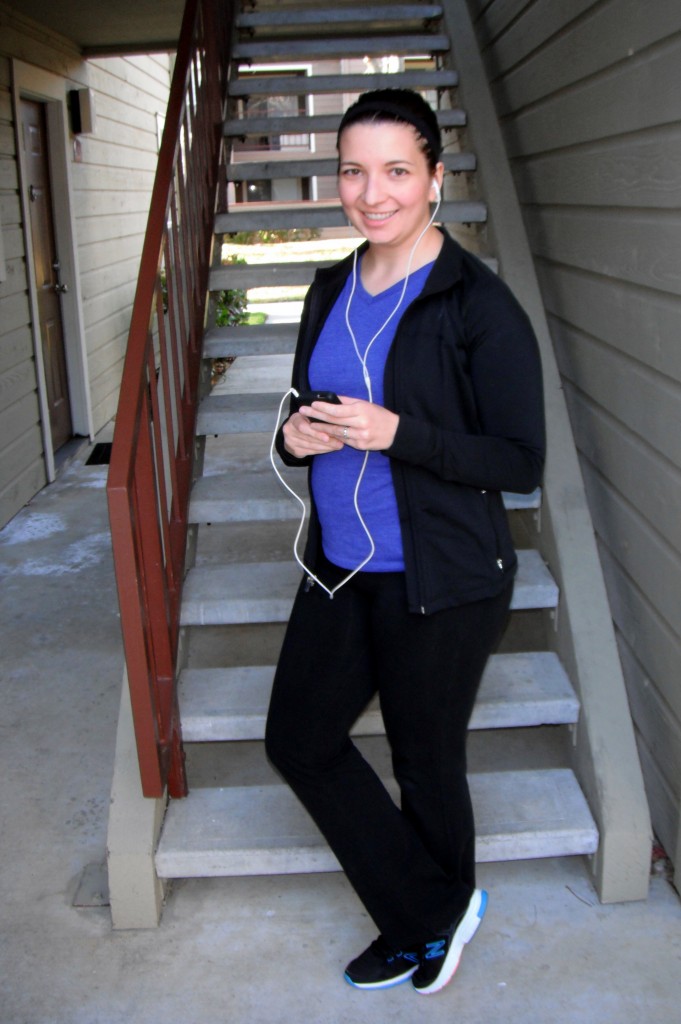 One day it will happen to you.

You’ll be cruising along on the treadmill at the gym, grooving to your favorite song on your iPod, when you’ll look up and suddenly realize you’re surrounded. They’re everywhere: on the bike next to you, at the water fountain, on the weight machines.

Oh sure, they might look like the regular folks from your neighborhood. But don’t be fooled. Gym people come in all shapes and sizes, but with my handy dandy guide, you’ll be able to sort them into their unique categories.

It’s like bird watching except your subjects are wearing ill-fitting spandex.

What’s that grunting noise? Is someone having a heart attack? Are people having sex in the yoga studio? Nope, it’s just Mr. Inappropriate moaning as he lifts the dumbbells. How will everyone know just how strong he is if he doesn’t get their attention with some creepy noises? Mr. Inappropriate also likes to wear those shorts that are just a little too short and tight. It’s OK to stare; he likes an audience.

If you thought your best friend had an unhealthy obsession with exercise, you’d tell her, right? But what if the person with the problem is a complete stranger? Too-much-of-a-good-thing chick is always at the gym. Always. And she seems more skeletal every time you see her. She’s pedaling faster than anyone else on the spin bikes, and she’s got the treadmill speed cranked up to 6 MPH for an endless amount of time. She makes you want to go home and curl up with a bowl of ice cream…or maybe stage an intervention.

For some people, it’s hard to accept that they’re no longer the buff jocks from their high school days. A former football star will join a gym for the first time in years and immediately try to bench press what he used to be able to lift back when *NSYNC was still touring. Not surprisingly, this former jock is incredibly sore the next day (if not seriously injured), so he’ll rest on the couch until the following weekend when he’ll try again to prove to the world that he’s still got it. 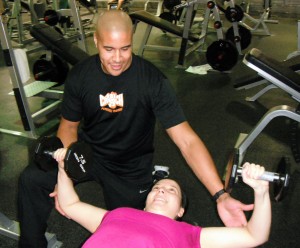 This is my real trainer.

Mmmm…that’s one way to motivate yourself to go to the gym! The hunky trainer is H-O-T, and he knows it. He can be found subtly checking himself out in the mirrors or showing some 90-pound weakling how a move is really done. There’s a 3-month waiting list for ladies who want an hour of his guidance. His clients never quite get the results they want, but who can concentrate with all that man candy distracting them?

Just when you think you’re beginning to make progress, you’ll see her—that perfect bitch. The one with the killer body in the designer athletic clothes. Her long blond hair is never pulled back, so she has to flip it out of her face like a flirty homecoming queen. It’s amazing that she stays in such good shape because her primary workout seems to be leaning on the equipment seductively and squeezing the hunky trainer’s biceps. Don’t hate her because she’s beautiful. Hate her because she can eat 3 cheeseburgers and still look that hot.

I know it’s a gym, and I fully expect people to sweat and get a little stinky. But if everyone else understands this fact and puts on deodorant, then why can’t that smelly girl do the same? Really, did you think you just wouldn’t sweat this time? I would gladly buy you a stick of antiperspirant if you’d promise to use it! Nothing is more offensive than taking a big gulp of air and being assaulted by skunk-with-diarrhea stank.

Meet the average gym-goer. She’s got a worn out scrunchie in her hair, and her T-shirt is some relic from her college sorority days (Tri Delta Barn Dance 2003!). It’s a gym, not a ball at the White House, so who cares what you wear? She comes in for a workout 2 or 3 times a week, unless her kids have soccer practice. Sure, her weight stays about the same, but at least she’s trying.

Need a laugh? Check out these fitness videos and articles:

Marathon Thoughts (video) This video made me laugh so hard–and I’m not even a runner!

No Time To Work Out? Try Boogie Body (video) Shh! Don’t tell Chris, but Marie Forleo is my secret girlfriend. I have every one of her exercise DVDs. If you haven’t been watching Marie TV, now’s the time to start.

Who did I forget? Which type of gym person are you?