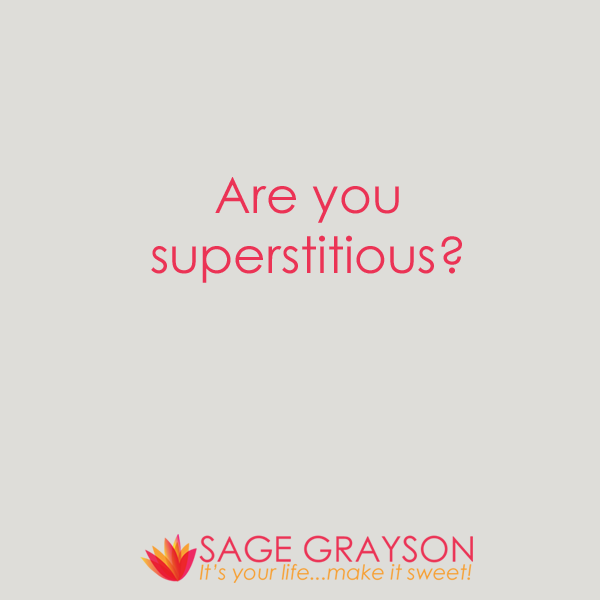 Since it’s Friday the 13th, let’s have a little fun!

I think on an intellectual level, we know that superstitions (such as the number 13 is unlucky, or a black cat in your path is a bad omen) are silly, but that doesn’t stop people from being superstitious.

Do you believe in any superstitions? Do you have any rituals or routines you do to ward off bad luck?

I never sit with my back to a door. I don’t like the feeling that someone could sneak up and stab me in the back. This superstition has caused some interesting furniture arrangements in our home.

The worst job I ever had was in an office full of 3-walled workspaces. Everyone was expected to set up their computers along the middle wall with their backs to the open side. I ruffled quite a few feathers when I moved my computer to one of the side walls so I could at least see people coming at me from one side.

I’ve also been known to wear a lucky necklace when I need a boost of confidence, and I listen to a certain song right before I have my first call with a new client.

In the comments below, share what you think about superstitions and if you have any of your own.