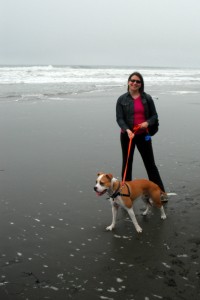 It was bound to happen sometime, and now it’s official.

Skyla is a murderer.

For those of you who follow me on Twitter, you know Skyla has a thing for eating bugs. But now her tastes have evolved to include the neighborhood woodland creatures.

Last week, as Skyla and I were heading into our building, a baby squirrel popped out of the bushes and scurried toward us. I was thinking, “Get away, baby squirrel! Can’t you see this is a huge-ass dog!”

I’ve never seen Skyla move so fast. In an instant, she had the squirrel in her mouth and bit down hard twice. She dropped the squirrel, and I struggled to pull her away (she’s 50 pounds of pure muscle).

The squirrel’s leg twitched…it gasped for air…then it stopped moving.

I felt like I had been punched in the gut. My dog had just killed a squirrel on the sidewalk outside our apartment.

When Chris came home, he seemed considerably less phased by the incident than I was. I said he probably had “The Circle of Life” song running through his head. He denied it.

The hardest thing for me was accepting that my precious, innocent, perfect puppy had killed another living being. And a baby at that! Who is this crazy dog and what happened to Skyla?!?

It got me thinking about how I sometimes expect people to act a certain way, do things the way I do them, or like the things that I like.

Why is it so hard to accept others for who they are?

Accepting others for who they are can be difficult for many reasons, most of which have to do with ourselves.

We may think that the other person’s behavior negatively reflects on us. A mom may get fed up with her ill-behaved children because she thinks it makes her look like a bad mother.

It’s true that children often act out because of how they were raised (lack of discipline), but just as often it’s because they’re simply kids, are going through hormonal changes, or don’t have the tools to communicate what they want.

I can tell you from personal experience that horrible parenting won’t necessarily cause horrible children. And vice versa; a child who does bad things doesn’t mean that you are a bad mom.

I worried that people would think I was a bad pet owner (or doggie mama, if you will) because Skyla killed a squirrel. But really, she’s just being a dog.

I started feeling more accepting of her squirrel attack a few days later when we went to the beach. This was the first time she’d been to the beach, and it was beautiful to see the sheer and utter delight on her face as she pranced on the shore.

She’s still my loving puppy who likes to play fetch and sleep on my pillow. She didn’t change who she was; I changed by accepting her.

How to be More Accepting

If Skyla can still love me even though I don’t eat squirrels, I certainly can accept her and all her doggie behavior. 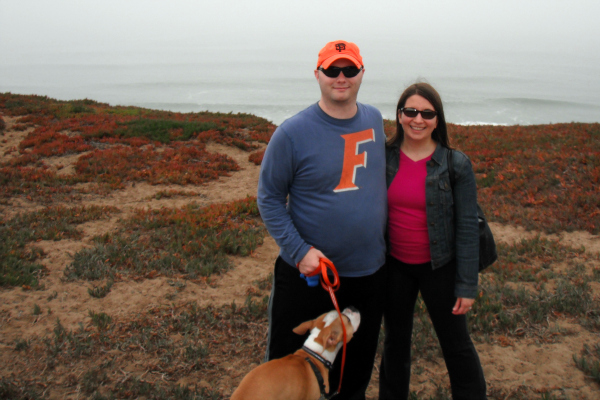