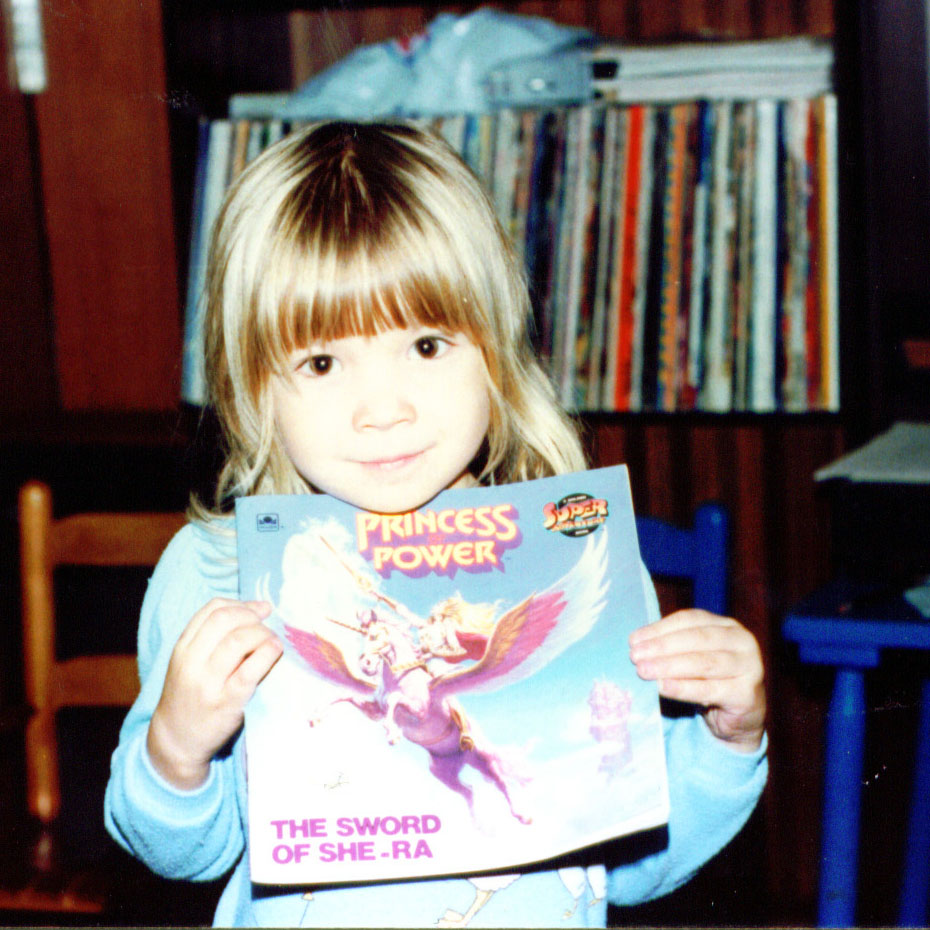 I’m going to tell you a story about the first time I took a leap of faith.

I was very young, before I had started elementary school (this was also back when I was a blond). If you were a kid during this time and you wanted to play video games, you’d have to fill your pockets with quarters and head to the local arcade. If you wanted to watch an old movie, you’d have to pray that it would be re-released in theaters.

And if you wanted to hang out with your friends on a Saturday night or attend a birthday party or go on a date, you had better know how to rollerskate.

I can hear you young folks laughing, but rollerskating was freakin’ HUGE back in the day! Local roller rinks were packed with kids all the time, and they even held classes to teach you how to rollerskate so you wouldn’t be left out of this essential social activity.

I was at one of these training classes one day with a group of 5-year-old kids. Us beginners were on one side of the oval-shaped rink. All the way on the other side across the long length of the rink was the advanced group of older middle school and high school kids.

The little kids were clinging to the carpeted wall, and we were all dressed in frilly neon skirts and leotards. Our skirts were supposed to twirl gracefully as we circled the rink and did tricks…that is, if we ever had the courage to leave the wall.

Our instructor was going over how to tie our laces, the different parts of the skate, and other important things like how to stop.

I wasn’t really paying attention because I was distracted by the advanced group way, way, way across the rink. The older high school girls looked so pretty and talented.

I’ll never know why, but suddenly, the advanced instructor broke off from her lesson and smoothly glided across the rink and stopped in front of the beginners group.

“Anyone who can skate across the rink right now can join the advanced class,” she said.

Was she serious? Many of us had never even been on a roller rink before. Most of us were wearing knee pads.

After a moment, she started slowly skating backwards in a beautiful zig zag towards the advanced group.

I felt something heavy inside my chest, something I had never felt before.

I knew I had to get across the rink because my life depended on it.

Does that sound weird? How could my life depend on skating across a dumb rollerskating rink?

But it was true.

If I didn’t take this leap of faith and just go for it, I would second guess every decision in the future. I needed to trust that I was meant for big things—bigger than what people expected of me. 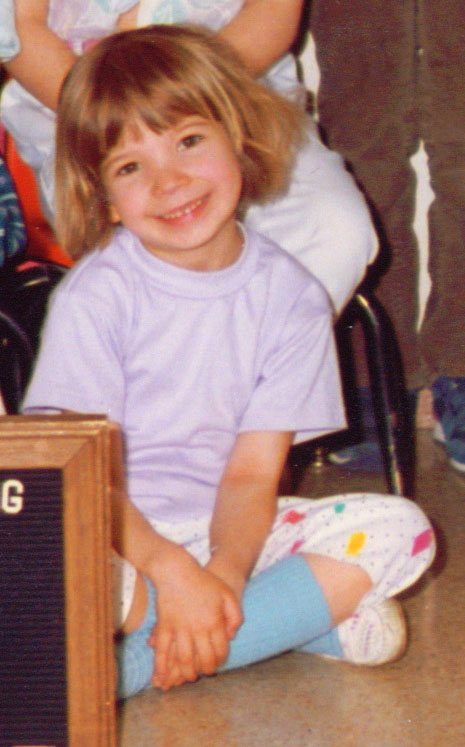 I focused my eyes passed her at the far wall where the advanced group was waiting.

And then I pushed! I pushed my little feet as hard as I could and swung my arms. I scooted forward a few inches…then a few more.

I just focused my eyes forward and kept moving. By the time I reached the middle of the rink, the advanced instructor had resumed her lesson. There was no turning back now, and the safety of the wall was completely out of reach.

It seemed like it took forever, but it was probably only a couple minutes. Finally, I made it to the far wall and took my place between the much taller girls. I looked back across the rink.

No one had come with me.

I never returned to the beginner class. It was very difficult being in the advanced class, especially because I had never learned some of the basic rollerskating skills, such as how to stop. For years, I still could only stop by slamming into a wall (or my friends).

Despite not being ready, I became an excellent rollerskater because I had taken a leap of faith.

Since then, there have been a few times in my life when I had an overwhelming force rise up from within me that told me that my life depended on taking a leap of faith: leaving an abusive family, quitting a terrible job, moving across the country.

I wasn’t prepared to do any of those things: no money, no new job, no clue what I would do when I got there. I just trusted the feeling within me.

Leap and the net will appear.

What in your life have you been avoiding because you think you’re not ready?

But does your chest burn with excitement? Are you thinking, “If only…”?

Then do it anyway.

Take that leap of faith.

Your life depends on it.

When have you taken a leap of faith?