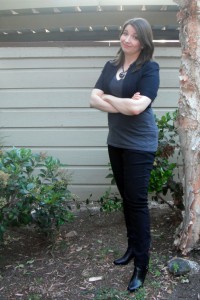 Sometimes when I’m running errands or walking around town, I’ll catch myself being really hard on the people around me:

Wow, I’m quite the charmer, right?

Of course, I never say those mean things out loud, but I feel ashamed when I think bad thoughts about other people.

It’s easy to judge people, but we need to remember that although passing judgment is a human trait, we don’t need to give in to it as much as we do.

And by taking a step back and observing our actions, we can become better versions of ourselves. Let’s try to be more monk-like and less asshole-like, m’kay?

Here are 5 sneaky ways to shift your perception and stop judging others.

Give Them the Benefit of the Doubt

Let’s say you’re driving down the highway and another driver speeds up and cuts you off. You might think that the other driver is completely inconsiderate, but try giving him the benefit of the doubt.

Honestly, you don’t know him, what his life is like, or the circumstances that led him to cut you off. Maybe he’s desperately trying to get his pregnant wife to the hospital. By admitting that you don’t know the other person or his situation might stop you from passing judgment. The next time someone cuts you off, say a little prayer and wish them well.

Often times, we’ll judge other people because we’re the ones feeling insecure. If you’re out in public and you see a morbidly obese woman, you might make a snap judgment that she’s lazy or a slob. When you start to feel that way, try the mirroring trick. Pretend that you’re not looking at another person, but instead you’re looking into a mirror.

How does that change how you feel? Would you hope that people would show you compassion despite your size? If you’re ashamed of the weight you’ve gained, you might be prone to judging other overweight people because you don’t want to look like them. Think about it—is your criticism about them or you?

We’re can be very judgmental inside our own minds. I bet the voices in your head say some nasty comments about the people around you (or even yourself!). But would you ever say those mean things to your best friend? No way!

You love and care about your best friend, so you would show her compassion and empathy instead of insulting her. When you feel like judging others, pretend that the other person is your best friend. This simple idea will instantly shift your perception.

Find a Million Things to Love

What if the person you’re judging is making it really, really, really difficult for you to not judge her? Perhaps she’s an annoying coworker or a person on the other end of the political spectrum. If you’re being immersed in negativity, flip the switch in your mind over to extreme positivity.

Find something to love about that person, no matter how small or insignificant. Maybe that annoying coworker has a great wardrobe, or is good to her kids, or never leaves a mess in the break room. Try as hard as you can to come up with things to love about her, and soon your negative thoughts will disappear.

Get to Know Them

Have you ever taken a self-defense class? Besides teaching you how to protect yourself from an attacker, the self-defense instructor will teach you about what to do if you’re kidnapped or held hostage. One way to stay alive in a dangerous situation is to tell your captor your name and other details about your life. By doing so, you’ll force your attacker to acknowledge that you’re a real person with feelings, a family, a life…and you’ll be more likely to survive your ordeal.

Now, judging strangers is no hostage situation, but if you make the effort to get to know the person you’re criticizing, you’ll see that you probably have something in common. And it might just be that you’re both human beings who don’t deserve to be judged or bullied.

I admit that it’s impossible to completely stop judging other people, but these tips have helped me become more mindful and aware of my thoughts.

How do you stop criticizing and shift your focus?

Posted in Relationships, Self Help and tagged anger, judgment, love, neighborhood, truth
← Live Your Life on Autopilot (No, Really!)Ready to Kick Some Ass? Download From Lazy to Amazing! →